This is an awesome article someone wrote for NOVOS labs and I want to put it into context here. Read it if you have any questions why and how iron is harmful to health and longevity.

Iron metabolism in an evolutionary context
Get ready for a profound evo-devo take. Since this is speculation, please do take this with a grain of salt. Over the years I developed an idea which can be summarized as a trade-off between feeling "good" and being healthy. I know this is not what you all wanted to hear. Everyone wants to feel healthy and be healthy, but often times the reality is different.

Here are just a few examples. No time to reference any. (If you want to read a scientific article with too many references, just follow the top link.)

Low blood pressure is linearly associated with better CVD outcomes but very low levels are also associated with orthostatic syncope and potentially weakness. Low blood pressure would be also horrible for homo sapiens specimens during most of their evolutionary history as it greatly increases the risk of hypovolemic shock after trauma – and let us keep in mind that trauma due to accidents, murder, conflict and war is a major cause of death for most mammals or humans.

Iron is perhaps the best example of this hypothesis if you ask me. Low iron stores, while probably preventing cancer and aging, predispose to severe anemia even with moderate, chronic blood losses. This is not just significant due to trauma, but can also be an issue with menstruation or parasite infection or any number of other conditions that increase (internal) blood loss. In the wild, you got anemia, you die.

Low thyroid and IGF-1 signaling is another example, perhaps more speculatively. My limited understanding is that somewhat higher thyroid levels are rather pleasant and that hypothyroidism symptoms include things like tiredness and depression. See e.g.:

‘Endless energy, unexplained weight loss—the initial symptoms of an overactive thyroid are often seen as “good.” That’s why hyperthyroidism is one of the most underdiagnosed endocrine conditions.’

This explains why our species developed an unhealthy setpoint for IGF1, thyroid levels, blood pressure and body fat levels. Put in laymen’s terms: live fast, get fat*, die young, kind of holds true – even if it is a simplification of reality. On the other hand, in evolutionary terms, antagonistic pleiotropy predicts that certain traits that have benefits during early adulthood are harmful during later parts of life, when evolutionary selection forces are weak, and thereby drive aging.

*when nutrients are over-abundant

Can we be healthy and happy?
Now the question is if we can “hack” that connection between wellbeing and health. It may very well be that we can do so by using modern technology. It seems like there exists a zone between very-healthy-quite-unhappy and very-unhealthy-and-content that maximizes the two target outcomes while only leaving a few of the benefits on the table. Careful and prudent monitoring of energy levels and target blood levels could be the solution.  Ferritin is the best example. In general, levels around 50-80 ug/L are considered safe, but already yield strong anti-cancer benefits in some studies. What one would like to do is regularly monitor ferritin levels and just play around with levels between 30 to 100 ug/L, or even higher if you feel like you are predisposed to depression, fatigue and brain fog. 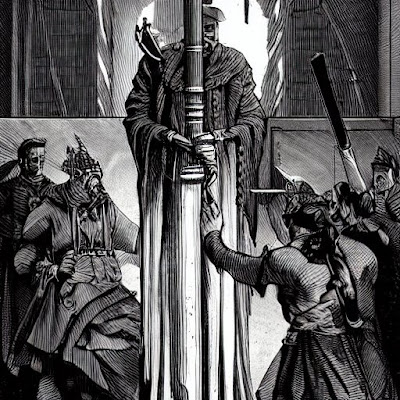 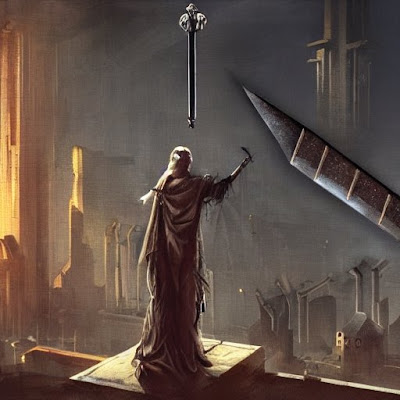 The sword of Damocles made of iron, with great power comes great responsibility, as interpreted by stable diffusion AI.